How did Mindanao vote in this year’s presidential elections 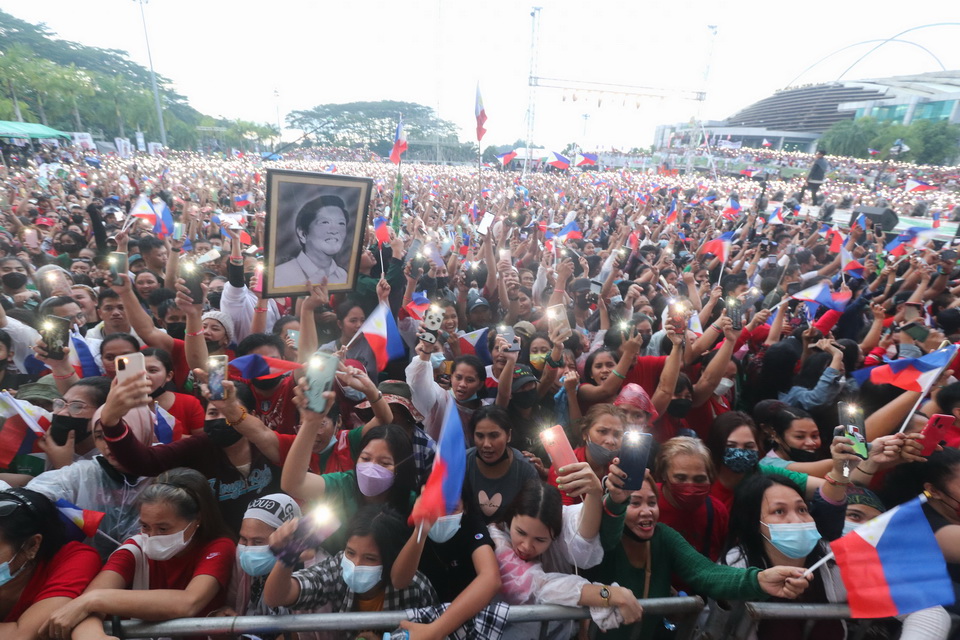 Supporters of Marcos-Duterte troop to the city hall grounds of Tagum City in Davao del Norte for the Mindanao leg of Uniteam’s miting de avance on May 5, 2022. (Keith Bacongco)

In 2016 elections, Vice President Leni Robredo dominated the race in Mindanao as she won in four of the six regions: Zamboanga, Northern Mindanao, Caraga and the then Autonomous Region in Muslim Mindanao (ARMM).

As Marcos walloped Robredo in 25 out of 27 provinces and in seven independent cities in Mindanao, his running mate swept the entire region.

The tandem earned over 31 million votes each across the country, about 30 percent is from Mindanao.

Marcos only lost in the provinces of Lanao del Sur and Sarangani.

While Duterte-Carpio got 264, 497 votes, which is still bigger than the votes of Mangudato and Marcos combined.

This is the only province in Mindanao that the vote difference of these three presidential bets was smaller compared to the rest of the provinces.

Like in 2016, Marcos regained the top spot in the Soccsksargen Region, which is composed of the provinces of South Cotabato, Province of Cotabato, Sultan Kudarat, Sarangani and General Santos City.

This could be attributed to the endorsement of leading provincial candidates particularly in Province of Cotabato, South Cotabato and Sultan Kudarat.

But Pacquiao topped the presidential race in his home province of Sarangani leaving Marcos behind with 82, 246-vote difference.

In the home region of running mate Sara Duterte, the tandem walloped their rivals after each of them earned over two million votes from the provinces of Davao del Sur, Davao del Norte, Davao de Oro and Davao Occidental.

Meanwhile, in Davao del Norte, which is said to be the bailwick of former house speaker Pantaleon Alvarez that dumped presidential bet Ping Lacson and switched to Robredo, the presumptive president thumped the incumbent vice president with 470, 567 votes.

Vice presidential frontrunner and Davao City Mayor Sara Duterte is mobbed by the media after casting her vote at Daniel R. Aguinaldo National High School on Monday, May 9, 2022. (Keith Bacongco)

For some analysts, the popularity of President Rodrigo Duterte may have also propelled his daughter’s landslide win in Mindanao.

The 759,965-vote difference of Duterte-Carpio over her running mate could also attributed to the endorsement of several groups in Mindanao as their common preference for vice president.

Across Mindanao, some groups pushed for Robredo-Sara or popularly known as RoSa. While some groups also endorsed Isko Moreno-Sara and Pacuqiao-Sara tandem.

For instance, rival political clans in Maguindanao have backed Marcos and Robredo respectively but both have solidly endorsed Duterte as their vice presidential bet.

Esmael, a first-degree cousin of Bai Mariam’s husband, had earlier endorsed Isko Moreno and Sara Duterte tandem before switching to Robredo-Duterte about two weeks before the elections`.

In Cotabato City, the seat of the Bangsamoro government, Duterte-Carpio earned 46, 555 votes while her closest rival Kiko Pangilinan only got 2, 705 votes.

Marcos only earned half of her running mate’s total votes.

The MILF’s endorsement may have helped Robredo move an inch closer to Marcos with a difference of just 337 votes. Perhaps this is the closest gap between these two rivals.

Just like in Maguindanao, Sara also earned a wide difference of 156,953 votes Lanao del Sur with over her running mate.
Except for Lanao del Sur, where Mangudato dominated, Marcos won in the entire region with a total of 1,005,768 votes against Robredo’s 432, 237 votes.

BARRM is composed of the provinces of Basilan, Lanao del Sur, Maguindanao, Sulu and Tawi-tawi.

While in Agusan del Sur, where Robredo won over Marcos in vice presidential race in 2016, the presumptive vice president was ahead by 141,688 votes over her running mate.

But this time, Marcos gained more votes in this province compared to Robredo. 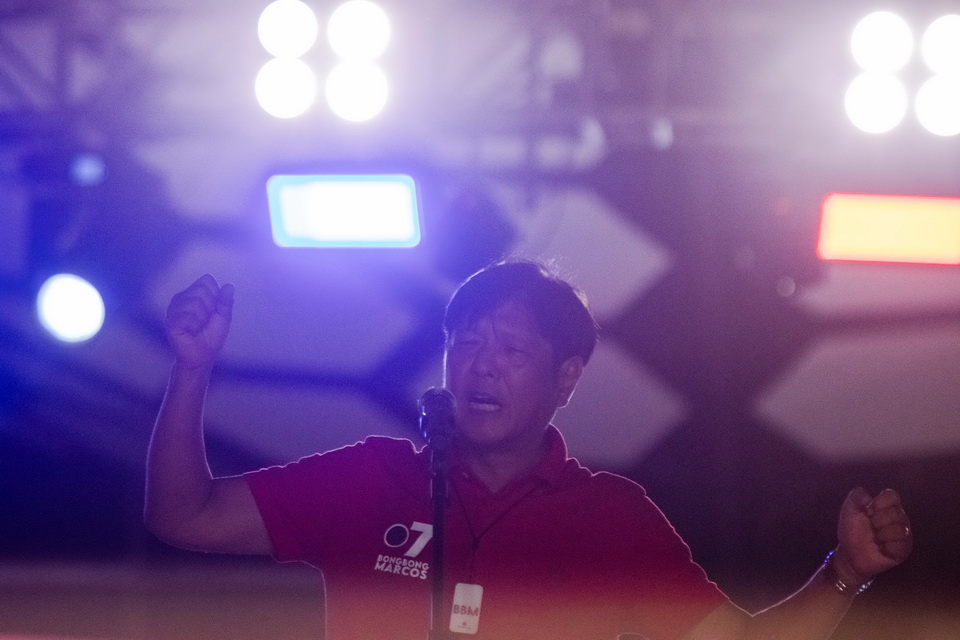 However, this time Robred fell short of 7, 853 votes after the former senator raked 152, 029 votes in what is said to be a bailwick of the Liberal Party.

In Northern Mindanao region, where Robredo dominated in 2016, she only ranked landed on third spot in Misamis Oriental with only 92, 086 votes compared to Pacquiao’s 101, 583 votes.

In Misamis Occidental, Robredo also landed on third spot next to Pacquiao.

Unlike in 2016, Robredo dominated Zamboanga Peninsula, this year’s poll showed the other way around as she was even tailing Pacquiao on third spot.

While presumptive president is leading Pacquiao after earning over a million votes in the region.

Devotees in Davao City prepare for the feast of Sr